During 2020 there are numerous actions carried out for the execution of the Surfing test: drafting of the engineering project for the Surfing test, contracting and executing civil works, acquisition of equipment, chemical products, technical assistance and rental of equipment for the correct project development.

Last August and September 2020 the “Hydrogeological tests” were carried out. Later in November 2020, and with an intermittent duration of 5 weeks, the Government of Aragon with Sarga and UCM have carried out the “tracer tests”. These preliminary tests will serve to establish the final conditions of the SURFING pilot test in the area where it is carried out.

With regard to hydrogeological tests, three injection and pumping tests have been carried out to date. The conductivity contrast between the injected water and that of the aquifer was used to perform conductivity profiles in several boreholes. The tests made it possible to know the hydrological behavior of the test area and establish the admissible flow rates of the test cell. 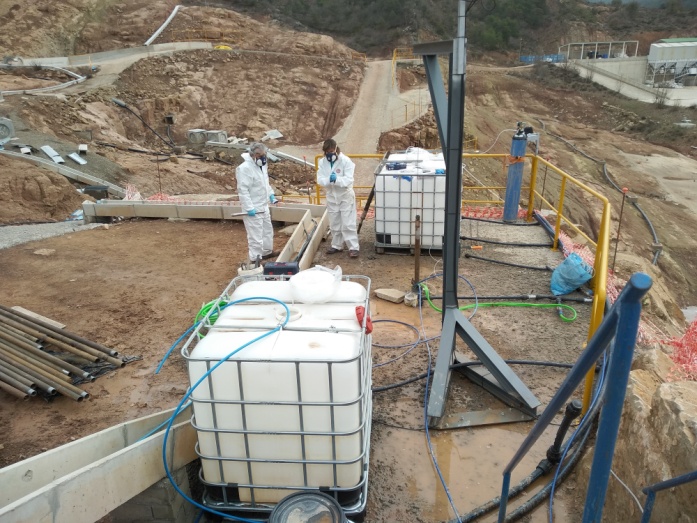 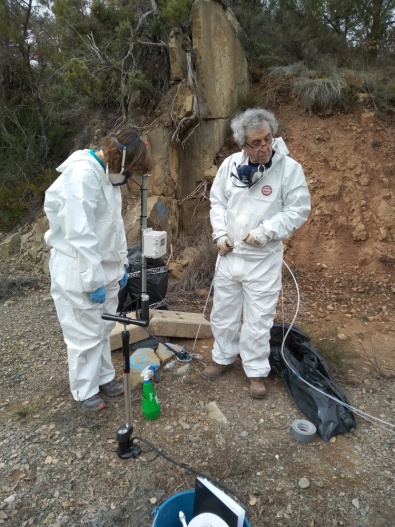 The information obtained led to the development of protocols for tracer tests that started in November. Sodium chloride has been used as a tracer to observe the conductivity contrast between the fluid and the aquifer. Furthermore, heptanol (non-conservative tracer) has been used simultaneously with potassium bromide (conservative tracer), as an indicator of the presence of residual DNAPL in fractures.

The objective of the tracer test is to define a detailed model that will ensure the maximum effectiveness of the remediation technique. This model will be the one to be tested in the field using the LIFE SURFING pilot.